It’s been a while since I’ve had the inspiration to write a post.  My ideas are pretty awful at the moment but seem to be the only thing I’m capable of creating.  So, I share those half baked creations with you, hoping to cleanse my palate and start afresh in a clean mind.  Well, that’s the idea anyway!

There are hundreds of articles on how to get around writer’s block.  Some are very helpful whilst others just seem impossible.  I think, for me personally, a writer has to cleanse their palate, just as we do at a food tasting session.  The idea came to me the other day when I attended a delicious biltong tasting session.  It was well attended, with customers from all walks of life coming together to taste their favourite meaty snack.  We sat there sipping Fanta Grape and Cream Soda and revelled in the huge spread before us.  Heaped trays of biltong in a variety of flavours lay in wait to be tasted.  I spotted a few trays of sliced French loaf lathered in butter/margarine (couldn’t tell!).  The lovely Shaun came through to explain what she wanted us to do and we set to work sampling the various flavours.  The bread was there to cleanse the flavours and suddenly it hit me!  Sometimes the simplest things in life can be the most efficient cleansing agent.  ﻿ 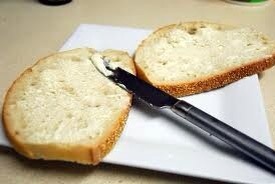 I watched as the bread disappeared just as fast as the trays of biltong.  Conversation flowed and laughter filled the air as we debated on which flavour should win.  My mind relaxed and slowly unwound in the friendly atmosphere.  To tell you the truth, I had tried to argue my way out of attending this special event because that’s what I do these days – avoid functions and socialising as much as possible.

By the end of the evening we practically rolled ourselves back to the car park, filled with the glorious biltong and drinks we had consumed.  It was a good night.  Once we came home, I pondered over what could be my cleanser – what could I use to get past my writer’s block?

Poetry was my answer.  It’s my bread and butter.  When stories fail to make themselves into a cohesive idea, a stupid poem will fashion itself and the bard in my head will sing it.  I just needed to listen.  So I’m cleansing my palate and this is my first piece of work trailing out after the cleansing.  I know it’s not a strong piece of writing, but hopefully it’s been an enjoyable one and a start to my writing again.

Now, if only I had a way of finding my socialising mojo!  Any ideas would be welcome. 😊

4 responses to “Cleansing the Palate ”