I need a hero!

If you enjoyed Space Dust’s Little One and Big Ox, take a look at Hairington’s hairy hero, Babylock!
Risking it all to save the dome, he’s not afraid to find a creature strong enough to fight the Knotsvillians! 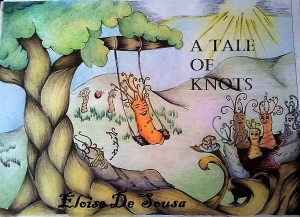 It’s a shame I haven’t finished writing my post on the riots back in 1998. I had intended on completing that story and moving on to how I met Morgan Tsvangirai after an attack at his offices. END_OF_DOCUMENT_TOKEN_TO_BE_REPLACED

Interview with an MDC Leader

As a freelance reporter, scooping a good story in a timely fashion was pretty difficult. After all, I had to hold down a proper job to pay my bills.  Luckily, my boss was very flexible and encouraged my ridiculous requests to have an afternoon off to catch the frequent riots occurring outside our ten story building in the middle of Harare City Centre.

Most of the time I went in blind; that is, I didn’t know what the riots were about and had to strike up conversations with people running from the military police in order to get the scoop.

In 1997, such a day occurred. University students had been staging riots across Harare city centre, striking against new taxes being introduced to pay for war benefits for war veterans who had fought in the struggle for independence over seventeen years earlier. In the midst of the ruckus, I bumped into the Bank Worker’s Union leader. He and I happened to share a space within a group of strangers watching the chaos from a street corner outside Greatermans department store. We were deciding whether to run down the road like the frightened crowds around us or wait. Most of those standing with us were shop workers trying to find a safe way home. As we paused amidst the screaming, running mob, conversation sparked.

When he heard that I was a reporter, he offered me the opportunity to interview him to get the bank workers’ perspective on the behaviour of the Zimbabwean government. A date was made for the next day before a military jeep interrupted our discourse. A tear gas cannister barely missed my head and shot past the rest of the group, ending up bouncing across the street to a shop aptly called Reflections.

Escape became our main priority and I lost sight of my news source in the choking cloud enveloping us.

Thanks for joining me on this lovely Tuesday afternoon. The sprogs are happy playing their Minecraft game together and I thought I’d take this opportunity to have a chat with you.

Maybe that’s a bit of an understatement.

I am scared shitless!

Yup! That sounds closer to the truth. You see, there have been events around the world that have been drawing us closer to our own Armageddon and we are dancing around like blind mice up the yellow brick road towards our own damnation. Don’t worry. This is not going to get religious, nor is it going to get solicitous in my attempt to convince you of your own beliefs. This is just me…thinking.

Remember years ago when the world gasped in horror at the atrocities of the world wars, focusing on the nightmares that captured the headlines but silently ignoring those who escaped punishment for their crimes? Let’s move forward, closer to the end of the twentieth century when more atrocities were committed in Africa and Russia. Tribes died, religions were massacred. Only a few faced the consequences of these actions, but most escaped.

Here we sit, at the beginning of the twenty-first century and, as humans, our gills are still exposed. We haven’t evolved yet. Vile, money-hungry monsters rule the world, voted in by us, the so-called sensible voters. Spurned by those who didn’t bother lifting their voices against or for opponents, we live with the consequences and the divides now building momentum. A sad opportunity for morals to silently slip through the cracks, falling into the abyss, idly waiting beyond our narrow focal point. When are we going to grow as people? Not grow in ideals and constipated beliefs in our inflated self-worth and what we should be described as or not associated to – I mean actually grow in wisdom?

I sit here watching an eighteen year old and nine year old playing amicably. I listen to their banter and their observations of each other’s work as they build towns, cities, surviving and creating on a simple game. Simple life lesson: respect those around you and their views. It doesn’t mean you’re free from the effects of these beliefs or the consequences of fighting them. But it’s your reaction that dictates the next five minutes. Blowing up someone else’s home with TNT brings angry repercussions. So does killing your neighbour’s dogs because they constantly bark (all on Minecraft) or building your house on top of theirs because you like the space. What will I do when it becomes my real home, my real dog and…oh wait. This is already happening to people around the world. I’m just one of many in a privileged position where I can turn it off and ignore it. Pretend it’s not happening – the same way my forefathers ignored the atrocities of times past.

Like others, I sit here telling myself that one day it will all come to pass but, for now, I will just keep quiet. Why add my voice to the screaming masses when those cries fall on deaf ears? Then the what ifs haunt me. What if I stood up and said it is wrong to block people from a country when they are being persecuted in their own? What if I helped at food banks instead of complaining that we don’t have enough for another take out this week? What if I support others when they lose their houses, their jobs, their families because of the government’s need to feed their excuse factory and blame the parties in power before them whilst patting themselves on the back for doing the same thing? What if?

As I said at the beginning of this post, this is me just thinking. Thinking about how long we have before we destroy ourselves with our greed, arrogance and intolerance for each other. Maybe we should all skin each other and realise that underneath, we have have the same structure, disease and delinquencies. Black, white, brown, green, yellow, purple, blue; who cares? Male, female, both, none; who gives a shit? We’re all going to die anyway at the hands of those we put in power. What if, instead of focusing our anger on each other, we focus it on those in charge and make them accountable for the hatred they are generating with their generals of doom? A lot of what ifs. I wonder, if you were sitting here with me, what would you think?

I’m searching everywhere for a free seat, but I dare not try to take the sofa in the corner in case the owner decides to flex his bouncer’s muscles on me. Yup, seating is tight in every quarter and they have already flagged that sofa for employees.

I can see some customers taking a firm stance against bullying and they are rallying up, ready to take on the other coffee lovers stating that plain old straight coffee should be served without fuss or colour to the masses. Of course, being a coffee house, it’s a bit hard to please everyone and the establishment is arguing back that variety is the spice of life: try the new non-fruity frappuccino for instance, for those who feel it unnecessary to segregate fruit.

The barista has no words.

Luckily, we are not fussy customers and with little to no interaction with the sparring quarters, we order our herbal teas and sit outside where we can watch the altercations happen within. Always nice to watch the action without getting involved. Pity about the smell out here though. With the heat wave over the past weekend, we find our olfactory senses bombarded by the stench of dead fish. Too polite to complain to the manager (and fearing his bouncer) we continue to sip our herbals and stare pointlessly at the decomposing bodies of fish floating in the nearby river. Damnably inconvenient really; it spoils the lovely ambience of the dying sun warming our backs whilst we reminisce about better days.

Thankfully, the fighting inside seems to have quietened down and a peaceful serenity washes over the coffee house and surrounding establishments. We watch the painstaking efforts of management to please all whilst making sure they collect enough remuneration to warrant the hassle.

I shrug my shoulders when they glance our way, hoping we might want to weigh in on the negotiations. Why should we risk getting involved. I mean, after all, how does it affect us if they decide to stop segregating fruit or not; serve only one type of coffee and ban all others; or if they leave the fish to die in the heat? We will just move on to another coffee house with better service and less opinionated customers. Isn’t that the thing to do?

It’s brutally cold here in the south of England today and the heating has been off all morning to save energy. My coffee mug is the only thing steaming in this cold house and if I’m honest, that awful loss of feeling in my toes is not appealing with two pairs of socks on. So, welcome to my frozen home and please, choose your mug wisely because it might be the only hot thing to hold onto during your visit! END_OF_DOCUMENT_TOKEN_TO_BE_REPLACED

Remove the anger, remove the greed
The illusion of grandeur,
The right to besiege.

Remove the hurt, remove the unkind
Remove those who spread it
The lies that lie behind.

Give way for peace, make room for love
The value of life should rise above
The anguish of nature, the right to conceive
Our freedom to live our own lives and breathe.

No matter the danger, no matter the pain
Step out of the darkness, drive out the insane
Whose call is louder? Which side wins the day?
Well that’s the problem. Just look at those we slay.