Let’s continue our space journey by visiting Sally’s Cafe and Bookstore, where she has kindly added Space Dust to her listings and promotions. END_OF_DOCUMENT_TOKEN_TO_BE_REPLACED

The Adventurous Four: Search for the Amoulean Staff

The Adventurous Four: Search for the Amoulean Staff

Hello and welcome to Book Tuesday. Pull up a chair because we have a humdinger of a book this week. 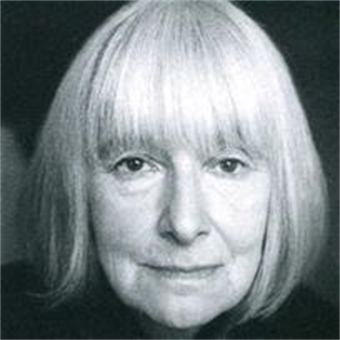 Today’s focus is going to be on a children’s book written by an author who has been awarded numerous awards for her outstanding books.  Her name is Eva Ibbotson and the book we will share today is Journey to the River Sea.

Now I stumbled across this book in the school library and I was pushed to reading it with the Book Club because we had spare copies and that meant no-one had to buy the club book. Apparently it was a class reader once upon a time. Some of the children had already read Journey to the River Sea but they managed to convince the rest  of the members that the book was so wonderful, it was worth reading again. Straight away I could sense there was something special about it.

The story follows the life of an orphan called Maia, who is sent to live with her estranged uncle and aunt on a rubber plantation in Brazil, near the Amazon river. With hopes of finding herself a new loving family and twin cousins to call sisters, she embarks on the voyage with a rather stern governess who has a love of books that surpasses most things. Of course, the twisty tale takes us to a place where lies melt beneath the heat of the jungle and the true reason behind the request for Maia to live with her long lost relatives becomes apparent.

What I loved most about this book was the way Eva Ibbotson created characters that literally jumped off the page and into my heart. The setting brought to life vivid creatures from the Amazon and a life that most children could only dream of as an escape from the mundane. Danger is never far off and the promise of adventure is around every corner of the story, sending the reader on a journey down the river to a place where, hopefully, Maia finds true happiness. Not only did one root for the main character but each supporting role, whether protagonist or otherwise, as each evoked great emotion within the reader.

We are completing a chapter a week in our Book Club and the pressure is mounting to read faster to find out what happens next. To see the children enjoying the challenge of the book as well as listening to further explanation about some aspects of the culture of the people or the language used gives us ample opportunity to chew over the delicious details of this story.

If you are looking for a good read for your child and are stumped to find something that includes adventure, excitement, sadness and honest-to-goodness fantastic writing/vocabulary/grammar/punctuation (I fear a lot of the modern ‘fun’ books have forgotten good grammar), then this is the book for your child and you!

Click on the link below to order your copy of Journey to the River Sea by Eva Ibbotsun. 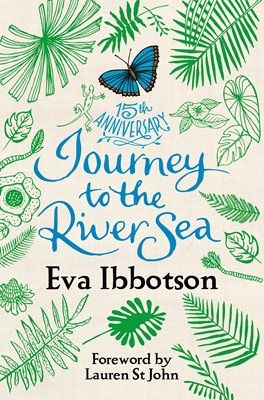 Hello and welcome back to Book Tuesday.

I had the pleasure of helping out at my daughter’s Brownie group tonight.  When I returned home, I trawled through my previous Book Tuesday posts and found a story I had written last year after helping plant bulbs with the Brownies.  Since the crocuses and flowering and the snowdrops have blanketed the forests around here, I thought it might be nice to share the story inspired by old wellington boots filled with the promise of spring.

Here is the story…

OGGY AND THE WELLINGTON BOOT

Oggy watched the children dip their blue gloved hands into his home.  He squiggled further down into the manure and waited.  Sure enough, another blue hand groped around.

“Charge!” he shouted to his fellow worms.

They wiggled and wove through the wet, whiffy walls of manure.

“Eek! I found one,” squealed an excited Brownie.  Her face scrunched as she examined the big, fat worm she had caught.  “I shall call you Bob!”

With a plop, Bob was re-homed in a bright pink butterfly Wellington boot. Bob was not the only worm to be found and re-homed. William, Betty, Jess and little Wiggles found their way into the Wellington boots of different sizes and colours.

Oggy smiled and wiggled his way closer to the top of the horse manure.  It was his turn soon. Another group of chirpy little Brownies stomped outside into the chilly evening air. Scorpie Owl, their Brownie Leader and some of the mums were helping to fill Wellington boots with horse manure and bulbs for next spring.  Tilly, the smallest Brownie, carefully grabbed a handful of manure to fill her red and blue boot.  Oggy felt his wormy body lift into the air.

“Oh my! Oh my!” he squealed in delight. He watched as she carefully separated the smelly clumps of manure to take a closer look at him.

Tilly thought for a moment.

“Oggy!” was her confident reply.

Oggy grinned and did a wormy dance, just for Tilly.  With a bounce he landed in the Wellington boot and set to work weaving holes so that the bulbs could breathe.  He knew what an important job he had ahead of him and was very excited to be a part of the Wellington Boot Club.  It wasn’t often worms had the opportunity to live in a boot and watch their bulbs grow.  There was only one thing Oggy would miss out of this whole adventure – his friends! With a sigh, he continued on his merry way through his new home.

Suddenly, another plop of manure fell into the shoe and squished down.  A tiny voice called out in the darkness.

Oggy dashed towards the voice.  Could it be?  Would he be so lucky? Was that the voice of his best friend, Woggy?  With one final shove, he shifted the manure and came face to face with another eager earthworm.

They hugged each other in delight and danced around the daffodil bulbs.  The Wellington Boot Club would be the best thing ever.  After all, what better way to spend the rest of your days than with your best friend living in a pretty red and blue Wellington Boot!

I hope you enjoyed the little story.  It was fascinating chatting to the Brownie leader, who has a daughter brimming with stories ready to share with the world.  Hopefully, I will be fortunate enough to profile her work and other talented children in the near future.  After all, they are our future authors, playwrights poets and artists.

It is with great pleasure I would like to announce that Cecil is complete!  The last two chapters have all the humour and naughty pranks expected from our motley crew with an added twist at the end.

I would like to thank you, my intrepid readers, for encouraging me and giving feedback every step of the way.  Unfortunately, I will not be posting the last two chapters. Sorry about that!

Instead, I would like to offer the opportunity for you to win a free copy of Cecil The Bully once it has been polished and published.  If you would like a chance to win a free ebook copy, please click the ‘like’ button  or leave a comment for me to find you.  I can promise Cecil is filled with loads of slapstick fun, corny tricks and school humour that will tickle both adults and children alike.  I will choose three random names and contact you to let you know you have won.  Please bear in mind the publishing process can take a while and whilst I would love to rush the process, my illustrator and editors prefer perfection!  After all, it’s nothing  but the best for my readers. 😀