Put the lights down low, hear the music flow.

Let it swing and sway as I make my way.

You may ask to dance, search for some romance;

I’m not here for that and will refuse you flat.

Why we need to get to lose control

Flash those lights, shake those hips

No don’t pucker up those lips

All night long, hit those songs

Stay up with me, it ain’t wrong

It’s earlier than usual and I’m tucked under my favourite tartan blanket. There is something about tartan that makes me happy inside! Maybe it’s the lovely memories I have of staying at my Grandma’s and having nap time under a red scratchy tartan blankie every afternoon after lunch. My cousin and I would hide under the matching old wooden carved bedsteads, waiting to be found by my gran and scolded back to bed in fits of giggles. Happy memories.

Right, onto the reason for this post. It’s Saturday night and time to share some funky confession and hope you’re brave enough to share something with me. This one is not so much a secret but more a silly thing I did because of fear. I might have mentioned this in a previous post so apologies if it is something I’ve shared before. It gives you a reason to pilfer through my posts to check if I have I suppose!

Well, the thing is I have a fear of dentists. When I was small, the dentist I was taken to pinned me down because I panicked and he tried to check my teeth whilst I was terrified in the seat. We never returned to him but the effects have lasted over the years.

When I was pregnant with my first child, my filling fell out of one of my molars and I couldn’t bear the pain. The tooth felt as though it was disintegrating too so I knew it was time to visit the dentist. The thought of stressing myself whilst pregnant for an annoying tooth seemed silly, so I took matters into my own hands. I took a pair of pliers and a screw driver and pulled out bits of the offending tooth. Yup, it was painful and very difficult but the feeling of satisfaction made it worthwhile. The pain was gone and I carefully washed it out to avoid infection. It’s not pretty and I have had my dentist tut tut about my handiwork, but I refuse to cap it as it is happy as it is.

So what sort of crazy self-help stuff have you done because of your fears? I hope I’m not the only one who has done something like this!

It’s another late one tonight as I’m on my own for the next week. The Hubble has gone on a business trip leaving me with the twiglets and functions to get to over the next few days.

On the drive home Just now, I was thinking how quite a few people I know hate driving in the dark. I find it stimulating and far easier that daytime driving. There are those few weirdos that veer from side to side and the tired drivers that slow and speed sporadically as their auto drive settles in. For me, it’s the beauty of the flashing lights, the cats eyes blinking back at my headlights and the knowledge that my concentration has to be 110%. I love it!

Thrilled as I am about driving at night, you’re probably waiting for my Saturday night confession. Well, tonight I’m struggling to find something to confess about – not for lack of things to say, but thinking of the consequences of saying them out loud. Whispering the sweet nothings to you is the easy part. Living with the repercussions…not so much!

Okay, after deliberating, just before midnight, I will share a bit of my past with you. When I was younger I had a fierce temper. It aggravated me that my brother was the “golden boy” and I was born to be his playmate. They obviously wanted another boy because I could climb better than him, make mud pies and never stood down from a fight. One day, when we were left to our own devices, he used his older brother status to bully me out of an orange. Yes, I’m blushing at the thought. In my defence, I really wanted that orange and the fact that he thought he could just take it from me threw me into an uncontrollable rage. We stated fighting and of course it escalated to the point where he was laughing at my poor attempts to punch him and I grabbed the nearest thing I could find to strike him. (I told you I was dangerous!)

Well, to make a long story short, he thought it a good idea to run away from me and sprinted off into the garden. I followed and from the kitchen door mapped his route and threw the object, which turned out to be a Rubix cube. My aim was accurate and I caught him just above the temple from over five metres away at a full sprint. Yes, I can hear the arrogance in my own voice, but you have to admit that was pretty impressive for a seven year old! He fell and I felt the guilt squashing all the hatred and anger down into a little pile whilst I ran to see if he was okay. Turns out Rubix cubes are pretty lethal, judging by the gash on the side of his head.

I was terrified of what my parents would say when they got home and our nanny arrived in time to see the blood! As usual, she was not impressed with me and my brother was fuming mad. He was fine in the end – a light dressing and some feeble excuse that he caught his head on the low branch of a tree covered up the sustained injury. I had to pay for it for the next few weeks as he threatened to tell my parents if I did not do his chores!

What were your siblings like growing up? Do you have any hair raising stories to tell of near misses?

I have to add that I am a much calmer person now and would never think of throwing an object at a person…promise! 😉

Send in your Saturday Night Confession. I’m looking forward to hearing your stories too.

It’s been an interesting week of highs and lows, to’s and fro’s, and I am happy to say the lows are receding like a tide after full moon. I await the second wave of proverbial brown stuff hitting the fan, but hey-ho, that’s life.

My confession for this week is…

Well I have had way too much serious so I will go with fun.

My confession is that I once managed to scoff up two cans of baked beans all on my own! Not a great feat, but still something I don’t just share with anyone. I go through phases of extreme hunger and can eat anything in front of me, but cravings win over and I tend to over-indulge. Baked beans is pretty tame though.

What are your secret cravings or indulgences? Do you have a sweet tooth or a savoury palate?

Hmm, now I’m thinking of gherkins with ice cream! Yum! Don’t knock it till you try it. 😉 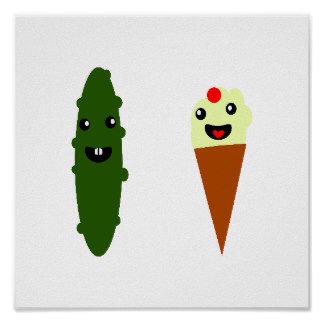 Share your favourite meals with me and let’s see how many people have the same tastes.

Tear the facade away. Open the beating heart and rip out the chambers filled with essence of youth. Ring the timer on life itself and give the last call. Drinks are on me.

As I confess my lack of elegance and maturity when dealing with death, I giggle at the obscure emotion – mourning. My mouth fills with bile as I try to swallow down reality whilst portraying calmness for those around me. Cry, scream, shred the walls down – do something but don’t sit still. Watching doctors dictate destiny diligently to delinquent daughters whilst they fight and strain not to cry through the news that Mummy is not coming back makes me admire the strength and emotional blackout doctors manage with each patient.

If my mother survives this week I confess I might have the pleasure of visiting the hospital and maybe poking the austere arrogance right out of his checkered shirt. I had a doctor friend like that once. Is that what young doctors grow into? Arrogant unemotional consultants? I blame death for the changes.

On a lighter note than death, I must confess I miss celebrating Valentines Day. Yup, I’m a romantic and love to be romanced. Nothing expensive or ridiculous but a little effort doesn’t hurt. We lie to ourselves that we don’t like a little romance and throw stones at the idea of naming a special day. Ever heard of birthdays and anniversaries? Special days people…all special days to commemorate love. If you’re single there is nothing stopping you from giving a stranger something nice to smile about on this day – nothing weird though! Share the love through kindness. That could be done on any day but let’s start with one and work from there. Small steps.

Okay, your turn. Some of you shared your confessions last week. Thank you for being brave. I’ve shared my fear of dealing with death and passion for celebrating love. What’s your confession?

It’s 12.43am and I’m ready to chat. Suppressed emotion and a need to let my inter self out is pressing this post into a dark place. Raw script ready to crawl across the subconscious and take notes from the recesses where the eyes watch but fear to participate because it’s not socially acceptable to hear the things they want to say. That innate fear of being rejected for the projecting exceptions from the politically correct. My subconscious talking and walking free.

Read on if you dare… END_OF_DOCUMENT_TOKEN_TO_BE_REPLACED

I write compelling contemporary romance with heroes to die for and heroines you will want to befriend. Happy Ever After guaranteed. Writer of Compelling Contemporary Romance