Hello and welcome to Book Tuesday. Take a seat and get ready to delve into a romance with me.

This week’s book choice is His Desire by Sheila Kell. The book is part of Sheila’s His Series about the Hamilton family and their investigation agency.

Here is the synopsis from the author: 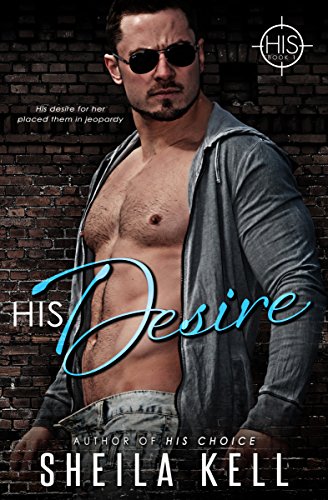 When FBI Special Agent Kate Ross is injured in a drive-by shooting, Hamilton Investigation & Security (HIS) leader Jesse Hamilton, believing she is the target of a killer seeking revenge against him, pulls the full force of HIS into action to protect her.

Kate doesn’t believe Jesse, the only man to make her seethe one minute and lust after him the next, when he approaches her with a note from the Facilitator stating someone he loves would die shortly, and he knows in his gut it’s Kate. After a second attempt on her life, she can no longer fight his protection or her attraction to him.

After making a mistake that cost his wife her life, Jesse vowed never to love again, but Kate stirs something in him that puts his protective instincts into overdrive. Keeping her alive and out of his heart is more difficult than he expected. Then he makes a decision that could cost Kate her life. Is history due to repeat itself?

Kate Ross is a non-nonsense, hard hitting FBI agent who is teamed up with Agent AJ Hamilton, her best friend and brother to one of the most annoying men she has ever met: Jesse Hamilton. Arrogant by nature, Jesse treats Kate to the worst of his personality, driving her as far away as possible with his unfriendly repartee. But all is about to change when a suspect from a case that the FBI have been investigating with the help of Jesse’s firm, Hamilton and Investigation Security (HIS), threatens Kate’s life.

Jesse steps in with all the gusto of a man confused in love, but of course, Kate can’t figure that out nor can she see her growing attraction to the man that has put her in danger. Filled with twists and romantic turns, the book drives the story home to a surprise ending which leaves the reader feeling satisfied and happy.

The book is well written and has enough build up and interesting characters to make the story flow, but unfortunately for me, it wasn’t enough to bring home the bacon. I loved Kate Ross’s character for the most part but couldn’t abide by her sitting on the sidelines every time Jesse decided to having a meeting with his security team to discuss how the case involving her would be handled. If she was such a strong FBI agent, she would have pushed her way through and demanded to be a part of the discussion.  Instead, she sat around making goo-goo eyes at Jesse. That annoyed me.

A positive to the book was the side story involving her friends. Sheila Kell built up the friendship circle around her main character, Kate, and gave them a little story of their own that followed through, meeting the main story and adding extra detail which was very effective. By maintaining a constant voice for the side characters, the story felt fuller and had an element I don’t see often in other romances.

His Desire is a lovely read for a rainy evening when there’s nothing good on the telly.  Unfortunately it will not make it into my chocolate box set as I feel it lacks the courage to stand up to other romances I have read.

Don’t let my opinions deter you though. Order your copy and let me know what you think of the book. I’ve left my review and would love to see yours.

Don’t forget, authors like to hear from their readers!