Now I only have a few minutes before I turn back into a bumbling pumpkin, so I shall make it fast…

﻿First embarrassing moment.  I went out with my eldest daughter for some retail therapy.  She is a die-hard shopper whereas I prefer a quick run through the shops and then home, unless you take me to a DIY shop or decor shop.  Anyhoo, we are in a fab shop with loads of ideas for a new makeover of our kitchen and I’m really enthused by my ideas.  Without thinking I flap my arms out to gesture how I would paint the walls or something and I hit this poor woman in the face.  She yelled out and I quickly dropped my flapping hands and apologised profusely.  I attempted to explain why my arms were flapping, but she was not interested as her snozzle was still hurting!  My apologies fell on deaf ears and a sore nose.  I had to leave the shop as the other customers kept giving me dirty looks – or because my daughter was laughing so hard they must’ve thought I did it on purpose!  I haven’t retuned to that shop since the incident.

Second embarrassing moment.  I’m a martial artist enthusiast and when I was younger, had a guy from dubious origins teach me a few moves.  I love doing high kicks and would practise them around the house.  One fine day I was showing off my flexi skills down our passageway which had particularly slippery floors.  The combination of a forceful kick, slippery floor and socks sent me flying backwards onto my posterior, much to the amusement of the Hubble.  I now practise in private and certainly don’t show off! 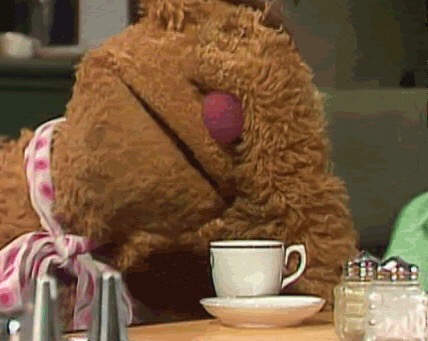 ﻿Third embarrassing moment.  Taking my foot out of my mouth.  My uncle and aunt paid us a surprise visit when my first two children were small.  Our flat was a tip as it was a Saturday morning and we were relaxing, not thinking anyone would pop over.  After the initial embarrassment of letting them in to my hell hole of a home, we thought the only way to make it better would be to order a lovely lunch.  We settled down and the conversation was flowing easily.  Suddenly my aunt noticed the TV channel playing in the background and started talking about the values of television.  I jumped on the subject and spurted off the merits of children not watching too much TV, blah blah blah.  They nodded and commented when given an opportunity to speak and vaguely mentioned the religious channels.  I pounced on it saying how awful I found them and how ridiculous it was for people to watch over-exaggerated characters quoting from the bible for money.  Both of them looked at me and said they watched the God channel at which point I burst out laughing.  The God channel?  How ridiculous!  They looked at me, totally serious and said, “Yes we actually follow that channel and find it inspirational.”  There was no coming back from my poor behaviour and my apology sounded hollow to my own ears.  On the upside I learned to respect other people’s opinions and not make fun of religious channels!

Pics courtesy of replygif.net and flickr.com